Diplo from Major Lazer is one of the worlds most successful producers. He’s made hit records for almost every major star you can think of from M.I.A to Madonna. But what’s interesting is that Diplo claims to be a terrible musician, at least in the traditional sense of playing chords and instruments. What he is great at though is putting the right sounds together to make hits. This old school video takes an interesting look into the process and some of the tools that he uses to produce his records.

The first thing to notice is the humble style of the studio. It’s a relatively small room, and Diplo seems to utilize just a small part of it to create massive hits. Ironically, The Mad Decent studio used to be the old Beastie Boys z ‘G-Son’ studios where they recorded their classic album Check Your Head. And while the room has the basics of what’s needed in a studio, the smaller setup gives credence to the fact that you don’t need a large space to create to epic hits.

As this is a Native Instruments video, Diplo spends the vast majority of the 4 minute clip talking about Native Instruments products. However, although it is a sponsored piece based on the sound of his music it’s not hard to see that he actually uses the sounds that speaks of extensively.

The Major Lazer producer starts out by talking about Native Instruments premiere synth Massive which has been a major influence over the EDM sound in general. The first thing he says should really resonate with any producer who has opened up a piece of software/equipment for the first time: he was overwhelmed.

The feeling of being overwhelmed is something that most creatives feel when getting their hands on new software/equipment. In today’s world of infinite knobs, filters sounds etc, it’s easy to get lost. However Diplo lays the approach that most people should take: take your time and explore. He states in this video that it took him 2 weeks to fully delve into Massive and once he did that he moved onto the next important phase.

The Mad Decent DJ goes on to talk about how he customizes Massive to build his own unique sound. As he states: “me and my crew here at Mad Decent we build and build and build the Massive patches. Or if you’re in the scene you can trade master patches with other artists. A lot of people do [that] and you get your top-secret Massive going on.”

Diplo reiterates that no matter what tools you’re using to create your sound, it is more important to customize the tools to fit what you do. Sometimes creatives get too caught up in the gear as opposed to the process.

He also talks about drum machine Battery as being one of the first plug-ins that he got into, and once again talks about the beauty of being able to customize and have “direct control” over the sounds.

Although this video is from many years ago it reiterates the fact that in order to stand out in the music production business you must explore the tools you’re using and customize them to make your own unique sound. 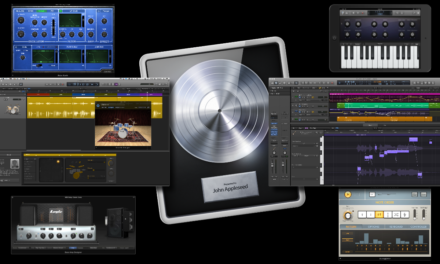